Media is Sending the Wrong Message about Relationships

I am a parent and a teen abuse survivor. I am concerned the unhealthy relationships portrayed in the film 50 Shades of Grey and the hit Netflix Series You are sending the wrong message to youth. These popular examples, communicate a very negative portrait of what is acceptable in a relationship and what a healthy relationship looks like. Impressionable minds watch and hear this scary behavior and believe that it is acceptable, and even normal to be in an abusive relationship or to be an abuser.

In You, the main character, Joe, develops an infatuation with a woman named Beck. He stalks her on-line and follows her to her school and home. He steals her phone in a “chance” encounter and uses it to manipulate her emotions and slowly convince her that she is falling for him. Joe justifies his actions by repeatedly saying, “See what I do for you, Beck.” He believes the horrendous acts he inflicts upon her are for her own good. Regardless, of what Beck thinks or feels, only Joe truly knows what’s best for her.

It’s a dangerous message: Love makes you crazy and therefore it is acceptable to act crazy to win or keep the one you “love.”

Are these the love lessons I want my children to learn?

I think the above examples elicited such utter disgust from me because I was treated despicably by someone who said he loved me. There is nothing okay, exciting, or romantic about being treated this way.

In high school, I was in an abusive relationship. Even though it didn’t last long, the negative effects on my self-esteem and my distorted view on relationships was long lasting. My boyfriend used manipulation techniques such as sulking, name calling, shaming, isolating, and more, to control me and abuse me.

I quit my part-time job because he was jealous of my male co-workers and would show up at my place of work to pick fights. I stopped volunteering at a nearby veterinary clinic or focusing on homework because he constantly made me feel guilty for not spending more time with him. I didn’t hang out with my friends anymore because he called them horrible names and insinuated he didn’t trust me if I was spending time with them.

When he “jokingly” called me names, he became angry at me if I “couldn’t take a joke.” He coerced me into risky, stupid behavior.

No matter how much I gave into his demands or tried to change who I was, it was never enough. He made me second guess my value as a person. The roller coaster I was on was utterly exhausting. However, I believed that I loved him. I thought that he could change back into the charming, romantic guy I first fell for and I was determined to stay on the ride.

Then, one day, it came to an abrupt halt after I “displeased” him and he held a gun to my head. Unfortunately, sometimes it takes an act of violence for someone to finally get out. I left that tumultuous relationship physically unharmed, but emotionally scarred forever.

Abuse in Teen Relationships Is a Major Problem

One in three children from 6th grade to 12th grade will experience an unhealthy relationship including sexual, physical, emotional, or verbal abuse, according to the National Resource Center on Domestic Violence. And 75 percent of parents never address this issue with their children.

This often hidden abuse destroys children’s self-esteem and increases the chance that they will develop an eating disorder, drug problems, aggressive or promiscuous behavior, and mental health issues.

What Can We Do?

If you suspect your child is involved in an abusive relationship, or if you want to know how to talk to your children about healthy vs. unhealthy relationships, here are some great resources:

What is a Healthy Relationship

Recognizing Healthy Relationships On and Offline

How to Start a Conversation

Are you in an abusive relationship? TESSA is a great local resource.

If you found this post helpful, please browse other articles in our COSMB Cares series.

Colorado Springs Moms Blog cares deeply about our community. To that end, we are running series called "COSMB Cares." In these posts, we highlight a national or international cause and organizations working to improve that situation. This installment of COSMB Cares tackles abusive relationships as part of February's National Teen Dating Violence Awareness and Prevention Month. 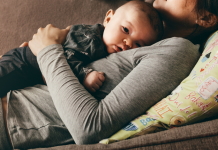 Encouragement for the Single Momma 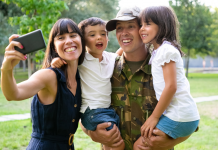 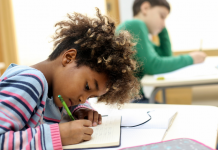