Last week, my kids were talking amongst themselves in the back seat on the way home from school pick up. They were discussing how my husband and I “got them so good” on April Fools’ Day a couple of years ago. At first, I perked up trying to remember what we did that would have stuck out in their minds still two years later (they are 8 and 10). Then it hit me, April Fools Day, 2020.

Third grade was a tough year for us academically. My oldest son was really struggling in school and since Christmas break, we had been considering pulling him from his small private school and enrolling him in a public school where he would have access to more resources. One night after tucking him in I sent up a prayer, “Please God, just let this school year be over.”

The next week, my whole world shifted on its axis. I “doom scrolled” my news feed daily, watching the world shut down city by city, state by state, country by country. Covid-19 or “Corona Virus” as it was being called, had descended upon us. My kids went on spring break and the next thing I knew, the district had decided to extend the break another week.

I am a working mom and was panicked about childcare but also working from home. We didn’t know what to do, we hunkered down. Suddenly, a one week Spring break turned into three weeks and we were headed into April still “Safe at Home”. I thought back to my prayer, “Okay God, I know I asked that the school year just end, but please, I take it back!”

As the end of March closed in with “Stay at Home Orders” extending I started to really worry about my kids’ anxiety. I thought they needed something to lighten things up. Then, I realized the next morning was April first. After a three-week hiatus from school, I figured they could use a good April Fools joke but with as wild as things in the world actually were just then, what would they believe?

I thought back to when I was a kid, about 8 years old, my grandpa called the house phone and I picked up. He started chatting about the weather and asked me if it was raining at my house. I looked out the window, saw the sun and said, “No, it’s sunny.” He proceeded to tell me how bad the weather was at his house, raining cats and dogs, thunder and lightning, even snow! “Really?” I asked. We lived in the same small mountain town on opposite sides of the valley and I could literally see where his house was located from mine, under the clear blue sky, but I believed him. Kids are so gullible, I thought.

So I grabbed my husband and told him my plan. He was on board. On Wednesdays, my kids have to wear “Mass Dress” uniforms—long white button down shirts, ties and slacks to school. April 1st was a Wednesday. During the entire three-week spring break my kids had been sleeping in everyday, no need (or ability) to go anywhere. At 6:00 am, my alarm went off and I set my plan in motion.

I came banging into their rooms loudly hustling and bustling around poking and yelling, “Time to get up! We have to go, the school called, it’s back in session. Let’s go! Let’s go! We’re going to be late!” I shepherded them through their abandoned morning routine seeking out all the mass dress pieces, finding backpacks and folders like it were a fire drill. Finally, after almost an hour of “getting ready for school” as my husband was tying the ties and lecturing them on not having their school supplies ready, I turned on my camera and started filming.

Then, I asked my husband, “Hey, do you want to tell them or should I?” “What?” they said, already stressed out. My husband asked, “Hey guys, what day is it?” “Wednesday,” they answered in dejected voices. “April 1st.” He replied. “I know.” they said. “April Fools!” he said, “You’re not going to school, go take your school clothes back off.”

It took a minute for them to understand, eventually decomposing into a fit of giggles when they realized we had pranked them. I laughed and laughed, thinking I got them good.

But two years later, with a whole new perspective, I think I am the one who got pranked. Never in a million years could I have imagined that my little joke would really be so not funny. They didn’t end up going back to the school at all that year as the school struggled to eventually stand up “remote learning.” They didn’t go back in 2021 either, as the school shifted to all online. In fact, they didn’t wear those mass dress uniforms again until this year, when we returned in person to an on-again, off-again quarantine, mask life.

I am still stunned at how far we have come from what I even thought possible on that April Fools’ Day two years ago. I certainly got a chuckle at my kids expense that day, but considering how rare it was for me growing up to even be out of school for a snow day, I think it is they who got the last laugh… 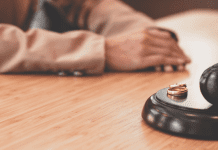 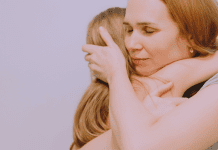 The Heartbreak of Teen Suicide 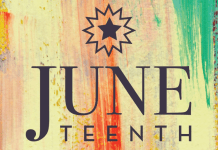 The Celebration of Juneteenth