I have to write something.

I don’t know what to write.

I’ve already asked for extensions on previous submissions and I can’t just make a habit of that.

It’s a busy holiday weekend and my schedule is chock-full of due dates.

My head is chock-full of stress.

This was supposed to be a thing that relieved that. A thing that brought joy, fulfillment, satisfaction. And it does! So why do I have nothing to write?

Perhaps the better question is, why do I wait until the last minute to do the things I really want to do, consequently making them stressful in the process?

I do this… I do this in so many areas of my life.

It starts with this idea of the kind of person I want to be. I think about the kind of mother/wife/general human that I want to be remembered as when one day I’m no longer here. And so often it includes things that I’ve said “yes” to with the intention of being my absolute best.

There was a time, you know. A time I went to great lengths to say “no,” because I feared failure. I said “no” to save myself the embarrassment of not being good enough. I said “no” to avoid responsibility. To evade commitment. To stay unseen.

More recently, I’ve given myself permission to say “yes!” At times, it’s a timid “yes,” but a “yes” I’m proud of, nonetheless.

Because there are certain things that I know saying “yes” to will fulfill and restore my too-oft jaded heart.

Writing for this blog is just one example.

And yet. Even these things that I’ve said “yes” to, that I KNOW I want to do, that I know I CAN do, and do well… I put them off. I turn them into stressors. I make them into monumental tasks that have to be completed in a short amount of time and become seemingly impossible to do well.

And so. I rush. I don’t do well. I settle for a finished product rather than my best and I’m embarrassed by the obvious-to-everyone lack of substance I’ve put out there.

By creating this stressful situation, I’ve reinforced the idea that I’m not good enough to do these things. By not doing them well, I’ve recommitted to the thought that I should have just said “no.” And when the next awesome thing comes up, I will think back to this and say, “maybe that’s not such a good idea.”

I can’t be the only one.

I think as mothers, we experience this a lot. Our time is divided between our children and our spouses, our jobs both inside and outside the home, our volunteering for others and our times of rest and self-care. There is never enough time to do it all, much less the energy.

But sometimes, a thing can tug at our hearts and our minds in such a way that we know, in spite of our crazy schedules and sleep-deprived days, it has to fit somewhere.

I’m in no way advocating for taking on more than you can handle. Sometimes saying “no” is the kindest and healthiest thing we can do for ourselves and our families.

And when you’ve found the balance between doing that thing well and keeping everyone else you’re responsible for alive and fed, please come back here and tell me your secret.

I’ll still be here, trying to figure it out for myself. 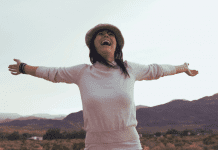 Perimenopause: From Managing to Embracing the Change 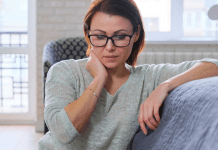 Mental Health: It’s Okay to not be Okay 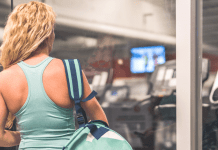