Working out makes me happy. Okay, it makes everyone happy because… endorphins. But since becoming a mom, working out has been my “thing.” You know, that one thing you do for yourself. That thing that you make time for because you know it’s worth it. That thing that makes you feel—even on the hardest of days, amidst the beautiful chaos that is motherhood—like you’re still human. Like you’re still you.

So when I heard that a barre3 studio was opening up right near our home, I was intrigued. I mean, I already attended classes at our community center and loved them, so don’t fix it if it ain’t broke, right?

But barre. What was it, really? I’d seen friends post about their barre workouts on Facebook. I even follow a page dedicated to barre on Instagram. Still, the only conclusion that I’d really come to was that it was a workout for ballerinas. Spoiler alert: that’s not me. I guess I’ll pass. But then again—what’s the harm? Why not try it out, just once, since it’s so close? I mean, if I hated it, I’d never go back. And if I loved it, it would be good for my body. What was there to lose?!

As I stepped foot into the studio for the first time, one of my boys wiggling in my arms and the other clinging to my left leg, it was honestly what I imagine love at first sight might feel like. The space was bright and airy, the natural light that poured through the windows highlighting every beautiful, intricately-planned detail. Though I probably looked a bit of a hot mess, a real deer in headlights in a new place with two young children, I was greeted with warm smiles and welcomes, which immediately put all three of us at ease.

We plopped ourselves and our things on the benches, threw our shoes into the cubbies below, and off the boys went to play—and not care about me one bit. Mom? Who’s that? I just want to color and cook some pretend food and read books. Usually I might be offended, but mama was ready for her break. Her “me” time. Her one hour to not think about cooking or cleaning or anything mom-ish.

And that was it. There was no going back. From that moment on, I realized that we were home.

Then Came the Workout

I’ve done HIIT classes nearly every single weekday for the past three years (see again: endorphin high, alone time, break from the chaos), so I thought I knew what it looked like to push myself. Yeah, not so much. Okay, okay, I did. But barre is just so completely different, and I was honestly amazed by the ways in which it challenged my body and muscles. By combining strength conditioning, cardio, and mindfulness (more on that later), it pushed me—but in the gentlest way possible.

It all flowed. There was no strain in the wrong places, no pain in my joints, nothing that hurt. Actually, that’s a lie—it hurt a lot. But it was a good hurt. The muscle burning kind of hurt. The knowing that my body was working without asking it to do such big, jarring movements kind of hurt.

But the thing that really got me, the part of class that really brought it home for me, was the breath work.

The final ten minutes of class are devoted to stretching and breathing, and I’ll be honest—that first class, I was rather skeptical. Because I don’t do well with stillness. I like to go, go, go. And quiet? What’s quiet? I don’t even know anymore. But it was part of the class, so I would give it a shot just like the rest of it, and, what do you know: it’s now my favorite part.

That stillness, that quiet—my body was clearly craving it.

And just lying on that mat, listening to beautiful music and nothing else? It’s truly magical. Because my mind is full. So very full. Throughout the day, all the have-tos and should-dos swirl about in my mind, and it’s exhausting. But during those final ten minutes of class, that opportunity to rest our bodies and minds, I don’t think about any of that. I let it go. I’m able to release all of it to instead focus on simply being present in the moment. In those ten minutes, I don’t think ahead to what I need to do or back to what I didn’t get done that morning. I can simply be. And that’s such a beautiful, rare gift as a mom.

At Home at Barre3

So now I have a new, little family—my barre3 family. They know my name, my sons’ names, and what’s going on in our lives. They challenge me, they help me to recognize what’s right for my body, and they care about my becoming the best version of me that I can be. (This is made extremely clear by the bathrooms stocked with dry shampoo and spray deodorant for a little pick-me-up after class—those things definitely help me be the best me possible). I’m so incredibly grateful to have found a place where I feel comfortable, my kids are happy, and I leave feeling physically and mentally ready to tackle the rest of my day.

Because as moms, we need that. And barre3 gets it. 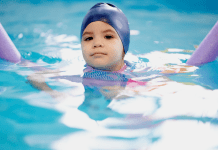 The Importance of Swim Lessons and When to Start 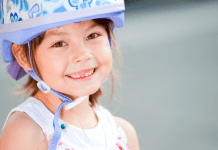 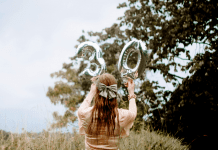