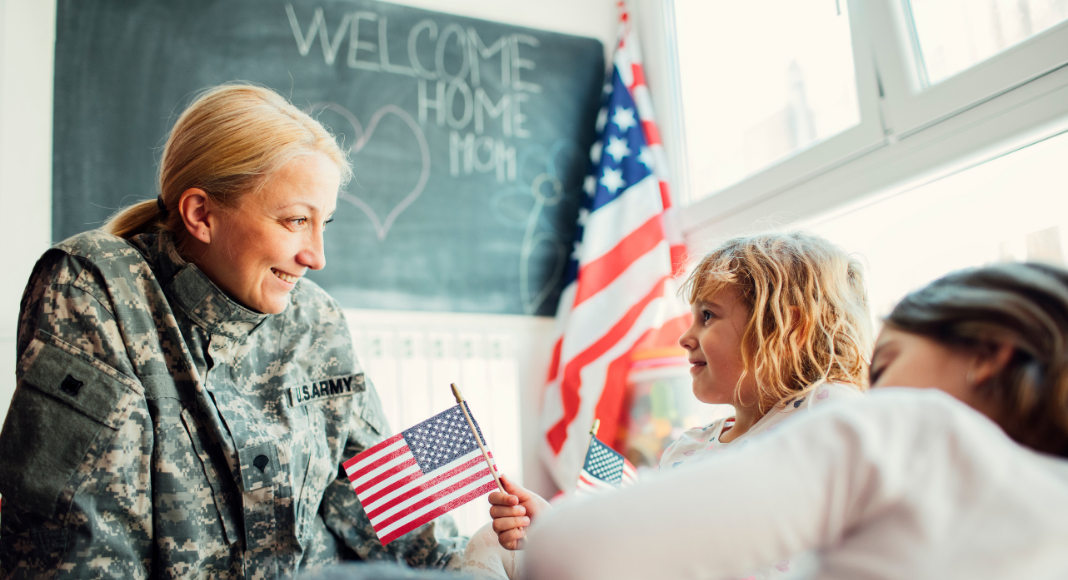 Military kids have it hard.  They just do.

A parent (or two) constantly coming and going, with no certainly of whether they’ll be there or not, is a stressful way to live.

I watched my kids chase my then-husband’s car down the street, desperate and crying because they knew he was leaving again.  It ripped my guts out.  I can close my eyes and still feel my heart being ripped out of my chest as I chased them down and held them back, holding them as they sobbed and demanded their Daddy back — knowing he wasn’t coming back for a year.

Parents ask a lot of their military kids.

They work long hours, especially when preparing for or returning from training missions.  Those training missions, which can go for weeks or months, taking them completely away from home.  Then there are the deployments.  The separation is the same, only now for much longer and with the added stress of worrying about whether that military mom or dad will come home.  It’s hard on military kids.  It’s a life they didn’t choose.

All of it is hard.  Helping them hold it together and get used to it is hard.  I have held them while they cried.  Told them it would all be okay (even when I wasn’t sure myself).  Reminded them that Daddy loved them.  Reminded them that it wasn’t Daddy’s fault.  Taken the abuse when they couldn’t pretend they were okay anymore, and it all came out (usually at me) in frustration and rage.  I’ve done more than my share of events that are supposed to be about Daddy, hoping that no one makes too big of deal about it.  It’s not the way it is for everyone else, the way that it’s supposed to be.  I have cuddled them closer, knowing that a part of their heart is missing from their world.

It doesn’t get any easier with age.

Sometimes, I thought it was a sign they were doing better with the separations when they handled it in stride.  When he left again and there was no drama.  No meltdowns, no tears, no rages.  Part of me liked to think that it was because they could handle it better.  But what if they’d just gotten used to living without their Dad?  What does that mean for them?  It made me sad for them all over again.  While part of me was glad that they could handle it without the breakdowns and rage, part of me was sad that they’d gotten so used to a part-time parent that it didn’t even bother them anymore when he left.

I don’t know if that means I’ve done my job so well that they felt secure life would be ‘normal’ and his leaving wasn’t a disruption to their lives. Or, if they’d gotten so used to his being gone that it didn’t even faze them any more.
That thought makes me so sad.
A kid should miss his or her Dad.

I’m raising three military kids, and while they’ve had to much added to their lives because of it, I really wish some of the hard parts weren’t so hard, so painful.  For them and for me.