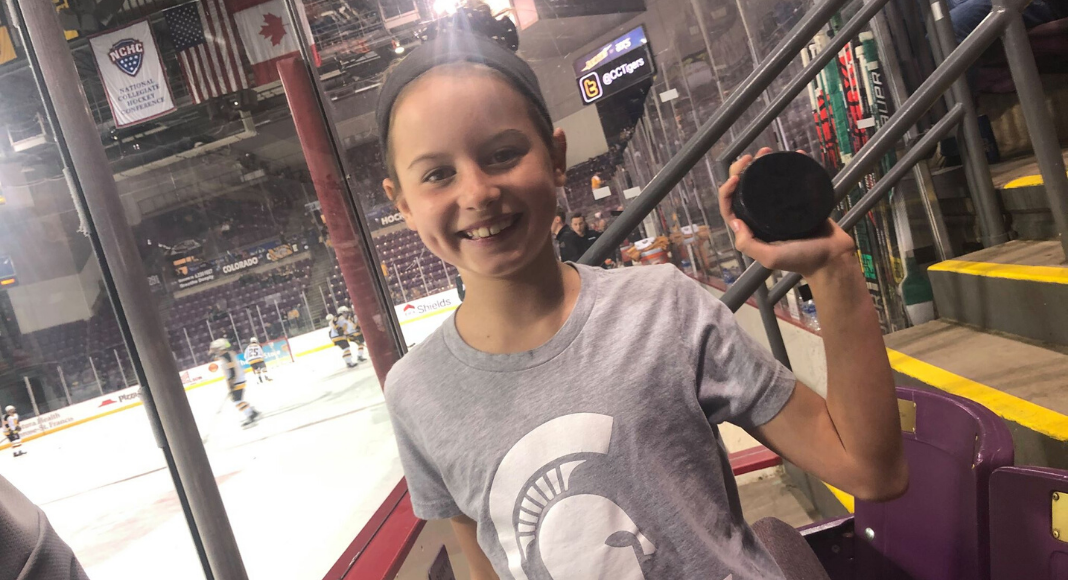 This fall my daughter took up ice hockey. I suppose it was just a matter of time, since her older brother has been playing for six years and our family is always at the rink.

Our kids engaged in sports at a young age. Soccer, swimming, baseball, cross country and hockey for him. Ballet, swimming, cross country and gymnastics for her. This, of course, was in addition to other extracurricular activities like piano, band, and student council. I’m guilty of overscheduling my children.

Hockey stuck for my son, while my daughter waffled and changed her mind about her favorite activity about twice a month.  And then our son joined a travel hockey team, which really upped the ante.  Instead of heading to the rink two or three days per week, we’re now there five or six days a week.  And we travel… to fun locations, with fun families!

So, I guess I shouldn’t have been surprised when she decided it was time to try hockey. My husband and I questioned why, after all these years (and all the times we’d suggested it before), this was the year she decided that hockey was for her. I worried that it was because we were spending too much time supporting her brother. Perhaps she thought she needed to play hockey to get attention from us?

So, I did what any level-headed (and guilt-ridden) mom would do. I asked her over and over and over why she wanted to play hockey; to be absolutely sure she didn’t feel neglected. I didn’t want her to think playing hockey would somehow elevate her in our eyes. Her answers varied from, “it looks fun,” “falling down on the ice isn’t scary anymore,” and “it’s a challenge.” That placated me.

But then she came home and told that another boy was staring at her during practice. She confronted him and asked him why he was staring at her. His response? “Girls don’t deserve to play hockey because they’re not as good as boys.”

I checked my calendar to make sure a time warp hadn’t taken us back to the 1920’s. Once I confirmed we were still in 2019, I asked her how she felt about that. And that’s when her ‘why’ changed. Now, if she’s asked, she says, “to show that girls can do anything boys can do.”

I’m in awe of my daughter’s spirit. She is determined and confident; compassionate and caring; funny and sarcastic. She loves all people. But most importantly, she loves herself. And, she truly believes that she can so anything she puts her mind to. She’s doesn’t worry about how hard it might be or what work is involved in accomplishing her dreams. She’s going to get it done.

I love that when her gym teacher explained that generally males run faster than females, she made it her mission to beat all the boys (and girls) in her class in the pacer test. And then she did it. I love that when she notices that boys are more likely to be steered towards math and science, she becomes determined to obtain the highest scores in her class. And she does.

She’s not worried about gender roles, and she’s on a mission to prove she can do anything anyone else can.

What I don’t love is that in 2019, we are still living in a society where gender tries to define what a person can accomplish. Where people believe that girls can’t accomplish all the things boys can. I was recently recognized by the local business community as being a “Woman of Influence.” As I spoke with other women in the community about the honor, someone said “wouldn’t it be great if we didn’t have to have an event just for women?” And, yeah, it would be.

But that’s not the world we live in. My hope is that society will start to soften its stance on gender roles and that when my daughter is my age she’ll be recognized as a “Person of Influence.” Until then, I will read her books like Strong is the New Pretty and Women in Science. I will bring her to events that honor exceptional women. I will continue to encourage her to pursue her passions and to live with courage and grit.

And my heart will swell with pride as she out-skates the boys on the ice. 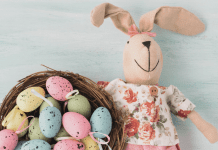 The Guide to Easter in Colorado Springs 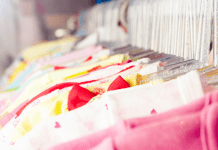 The Guide to Spring Consignment Sales