Bullying is a harsh reality in life. Chances are that you experienced bullying as a child as a victim, perpetrator or witness. Unfortunately, chances are high that you child will, too.

The types of bullying today can be even more serious than they were when we were kids. And they can have devastating consequences.

First let’s define bullying. It can be hard to distinguish this aggressive form of behavior from normal conflict among school aged children.

Bullying is the use of force, coercion, or threat, to abuse, aggressively dominate or intimidate. The behavior is often habitual. Three minimum criteria characterize it: hostile intent, perceived imbalance of power either socially or physically, and repetition over a period of time.

There are three main types of bullying: verbal, social and physical. Bullying can cause detrimental effects on children’s, and adolescent’s physical, and emotional well being, regardless of what role they are playing in the bullying incidents.

One of the reasons that bullying is more serious than in the past is the popularity of social media and on-line video games.

Cyberbullying is when someone—typically teens—bully or harass others on the internet, particularly on social media sites. Harmful bullying behavior can include posting rumors, making threats, or sexual remarks, publishing a victims’ personal information, or using pejorative labels.

Here are some warning signs your child may be being cyberbullied or is participating in cyberbullying.

These harmful interactions can lead victims to feel more isolated, hopeless, and depressed. There is no escape from their tormentors. Sometimes, the attacks are completely anonymous and the victims feel powerless to make the harassment stop.

At times, a child may receive hundreds of nasty messages all at once. This torment can last for months or years because once something is online, it is impossible to make it disappear completely.

Teens are more likely to participate in this type of bullying because they can hide behind their screens. They behave in ways they never would in real life.

Name calling, rumor spreading, sending pictures, and other forms of harassment and social isolation are so common on these sites, and in video games, that kids think participation is normal and even required to be accepted both online and in school.

This repeated exposure can lead children to think that it is okay to treat others this way. Children may become less compassionate because this is not what they are learning through screen time.

Numerous videos on Youtube demonstrate bullying (sometimes disguised as pranks) or kids filming physical assaults instead of intervening. Even videos deemed appropriate for children might send messages that treating others badly is okay.

Many kids see violence and hateful behavior as entertainment or not a big deal. They fail to grasp that this view can have serious repercussions.

Swatting is one example of this. This is when someone learns another’s address and then makes a prank call to emergency services. Dispatch sends armed officers to an unsuspecting home prepared for a worst case scenario including murder, a hostage situation, or a mental health emergency.

Too often, innocent people are harmed or even killed during a swatting incident. Also, this incident can lead to the caller facing felony false reporting charges, heavy fines, and jail time.

Other tragic effects of bullying? Those who are repeatedly bullied attempt or commit suicide. Or they bring a weapon to school and harm or kill their tormentor(s) and innocent bystanders.

Bullying has become more recognized as a serious problem facing youth. October is National Bullying Prevention Month. Here is a great website that features activities your children can do this month, or any month, to facilitate a more welcoming, kind, and safe school.

Be Aware and Involved

Notice signs of bullying in your children.

Often children do not confide in their parents because they are embarrassed, do not want to snitch, or feel completely alone in the situation.

Watch for changes in behavior, eating/sleeping habits, and a lack of interest in going to school/other activities, or finding excuses to miss school days and classes.

Learn how to prevent cyberbullying.

If a child does confide in you, take their concerns seriously. Work with school officials to determine if this is an age appropriate conflict. If not, it may need to be handled in a more serious manner. Telling a child to ignore the harassment and to walk away is not going to help in a true bullying situation.

Talk to your children about the different roles that they can have in a bullying situation. Make sure that they know they can come to you or another trusted adult with concerns. Additionally, many schools have an anonymous hotline.

Here are some other ways that parents can can eliminate bullying. 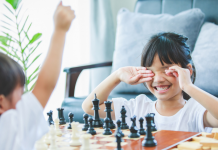 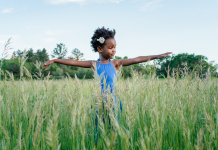 Did You Know about These Things Called Executive Functioning Skills?