The lessons our kids are learning from movies aren’t what we think they are.

What are our kids learning from all of the movies they watch, whether they are made by Disney, Dreamworks, Pixar or any of the other production companies that churn them out by the dozen each year? I learned the hard way that sometimes kids’ movies are more complicated to explain to a two year old than I had expected. Take Finding Nemo, for example. My little girl loves that movie to death. However, shortly after having decided it was her favorite and thus watching it too many times than can possibly be good for her, she started internalizing some of the things that happen in the movie.

She started to become worried that I would “lose her” and frequently asked me if I was going to “come back.” Now, at first I thought this was just normal separation anxiety, but then I started to think about it more closely, and I came to the conclusion that Finding Nemo was a part of the problem.

Don’t get me wrong; I love Finding Nemo. The thing is though that in Finding Nemo his mom dies, and Nemo is taken away from his dad by really scary strangers in scuba masks. These are apparently very stressful ideas that two year olds take seriously.

Needless to say, Finding Nemo was removed from our watch list, at least until she’s older.

After our run-in with Finding Nemo, I started to really think about movies before I let Hazel watch them. There are a lot of difficult situations and circumstances in shows that are extremely tricky to explain to a little kid. Another category of movie that we’ve had trouble with are movies with “bad guys.”

You see, she watched the movie Mulan, and her grandmother and I didn’t blink an eye when we explained that Shan Yu was the bad guy and Mulan was the good guy. It’s simple morality. There are good guys and bad guys. Neither one of us thought it was a big deal until she cheerfully started calling everyone that didn’t do exactly what she wanted a “bad guy.” She was always the good guy of course.

Well, there went another perfectly good movie off of the watch list. At that point, I started to wonder if there was any film out there that was safe for her to watch.

That was when I discovered the movie, Cars. It’s fantastic. Nobody dies. Now, there are some unkind characters that don’t behave very nicely, but there aren’t any situations where the mom or the dad suffers a really horrific death by barracuda or wildebeest stampede. It also has a great moral that’s easy to explain: being kind to others is more important than winning a race. There’s nothing in that movie that is difficult to explain.

Just to be clear, there are a couple of curse words, but honestly I’d rather my daughter decide to say she was stuck in “hillbilly hell” than have nightmares that I was going to lose her.

Have you run into any shows or movies that were more harmful than entertaining like we did? How did you explain what happened in those films to your child? 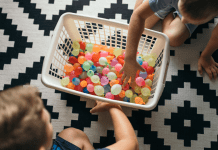 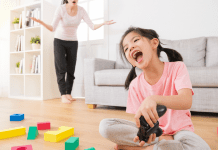