Some of you have lived here since the day you were born. Others, like me, have moved dozens of times. But we have something in common: Making new friends can be a little nerve-wracking for e-v-e-r-y-o-n-e.

When I was younger, my natural inclination was to be shy. I quickly realized that the trait wasn’t serving me well — it was taking too long to make friends and by the time I had found a comfortable spot, my family was packing up to move again.

So, I stopped waiting along the fence  for someone to approach me. I started looking people in the eye, sticking out my hand for a shake and introducing myself. I started lending a hand when I saw someone needed one. I started joining organizations, even if it was just in a “helper” role. I started going to events, even if sounded more appealing to stay home and read a book.

All of those strategies have served me well over the years, but as I have gotten older, I have recognized perhaps the most important method for making good friends: Asking for help.

Trust me on this one.

You’re capable. You are working to raise capable children. You can do anything. You are Superwoman.

And sometimes, you’re not.

Let’s say the only time your doctor could fit you in for an appointment is at 2:45 p.m. You need to pick your kids up at 3:30. You almost decline the needed appointment and wait two months for the next one.

Look around at the moms standing next to you while you’re dropping the kids off at school. Then, ask. Ask if one of your kids’ friends’ moms could pick your children up, too. Maybe just let them play on the playground for a half hour until you arrive. Or watch a movie in the minivan.

Or… if you actually know that mom, ask whether you could transfer your kids’ booster seats at drop off in the morning and pick up your kids at her home after your appointment. Whatever you are comfortable with.

The point is that someone will step up. Someone will offer. And chances are, that is someone you might like to be friends with.

Offer to return the favor. Make it clear that you are serious. Invite the mom to come along, too, for a little after school playdate, if she would like.

My father in law and I were discussing this the other evening and to my surprise, he agreed with my theory. He said a gentleman had lived across the street from him for years, but they had never spoken. He didn’t even know the man’s name.

They were both outside one day and visited for a few minutes, The neighbor said he recently had retired. As my father in law has gotten older, it has become increasingly difficult for him to accomplish the many things he used to do around his home.

So he asked for help. He asked his neighbor whether he could give him a hand with a small chore and the man was happy to oblige. Since that time, they have become friends. They sometimes have coffee together. They look out for each other.

And after all, isn’t that what friendship is about? 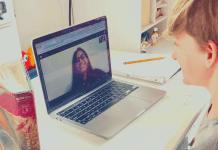