I was browsing through Facebook the other day when I came across a post in a local group from a woman looking for a change in career. Her post caught my eye because I’m currently looking to hire another caregiver to my team. I clicked on her post to read the remainder and she said she was hoping to find something new, and she’d do mostly anything except “no fast food, and I’m not wiping any adult butts lol!”

What really caught my attention was that she was making a joke about the caregiving field with her comment regarding “wiping an adult butt.”

What I want to believe she INTENDED with her statement was that a caregiving position wasn’t something she was interested in. That’s 100% fine. That career path certainly isn’t cut out for everyone.

What she failed to realize is that the way you say things can and will have an effect on those around you. I mentioned to her that, as an adult who requires assistance with personal care due to a physical disability, needing such intimate assistance is much harder on me than on the one providing the help. Care like that is very personal and it can take away a person’s dignity. I have been disabled my entire life and have needed more people than I care to count assist me with some of my most personal moments. It’s not something that I enjoy. It can be embarrassing and somewhat degrading, but it IS necessary.

After I tried explaining to her why it wasn’t the best choice of words, she continued to defend herself. She ignored every point I tried to make.

When you make a comment regarding a specific group of people and a member of that group tries to help you understand why it could be hurtful, wouldn’t you think that would be a sign that maybe, just maybe, you made a wrong choice of words? I have many friends from many walks of life – gay, transgender, numerous races/religions and varying disabilities. I don’t pretend to know every term which could be offensive for each of those groups. But if I made an insensitive comment to any of my wonderfully diverse friends, I’d hope they’d tell me and tell me why it was hurtful.

I was finishing a book by Rachel Hollis recently (Girl, Wash Your Face), and ironically came across this very subject.

“It’s not easy to admit that you’ve done things, or said things, or believed things that were hurtful – particularly when you weren’t even aware of them,” she wrote. “But if you don’t admit to the problem, how will you ever change?”

I don’t believe that people intend to be cruel most times when they make certain remarks, but intent is not always what’s important. The way things are interpreted by the audience often times has more of an impact than anything else.

So, if you make a seemingly innocent comment regarding a specific group of people and a person in that group reaches out to you and explains how or why it was unkind, try to discuss a more appropriate approach for next time. Similarly, if you hear or see someone making tactless comments, be the change and don’t be afraid to speak up. Many minority groups already face an overwhelming amount of bias and discrimination; both directly and indirectly.

If you have the power to help change that, even in some small way, isn’t it worth a shot? 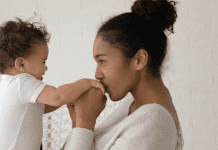 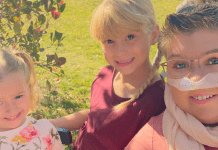