We started the tradition of a Halloween party quite by accident. My son’s birthday is during the first week of November, so it seemed like a no-brainer to plan a Halloween birthday party for him. When he was in first grade, Halloween fell on a Saturday, so I got to planning.

The birthday party was a huge success—all the kids showed up in costume and some of the parents did, too! I made Halloween-themed food like hotdog “mummies,” pumpkin poo (cheese balls), and even used dry ice in the witches’ punch! After playing ‘Pin the Spider on the Web’ and breaking into a pinata, the sun set and we set out with the kids to trick-or-treat.

Some of the parents stayed at our house to pass out candy, while others chaperoned the kids through the neighborhood. I’d made hot apple cider, which could be doctored up for adults who wanted extra warming. Since it was a Saturday night, no one rushed home to get kids in bed for school the next morning. The kids spent the rest of the evening exchanging candy and coming down from their sugar highs!

How It Became an Annual Halloween Party

My hubby and I hadn’t planned on hosting another Halloween party or making this a yearly thing. But, the following year, I started getting questions about our “annual” Halloween party in August. So, we decided to invite the group back to our house for trick-or-treating. While it wouldn’t be a birthday party for my son, we’d still host the group for dinner and trick-or-treating. This tradition has continued year after year.

Over the years, we’ve made the party casual, ordering a few pizzas and throwing together a salad–no dessert needed since they are already filling up on candy! Friends and family gather at our house around 6 pm, grab a bite to eat, and then head out at dusk. Once we’ve made our rounds and the kids have filled their candy bags, everyone heads home.

One year, we began demolition for our kitchen remodel on Halloween. I considered canceling the party, as our house would be in total disarray. Turns out, none of our friends minded. Everyone still showed up. Some even picked up tools and helped us pull up our kitchen floor! We have great friends.

Each year, we extend the Halloween party invitation to new friends.  My kids love having a big group of friends to trick-or-treat with. And, there is safety in numbers! As some kids have grown older, they’ve started shepherding the younger ones through the neighborhood. Hanging back on the sidewalk, while the kids knock on doors, I can catch up with my friends, too.

It’s About the Friends, Not the Photos

When I look back at these parties over the years, I have toned down my need for the perfect, Pinterest-worthy party. Rather, I realize through this tradition that being with friends makes the experience more fun for my kids and for me! I cherish the memories we’ve made and look forward to those memories that are still to come. 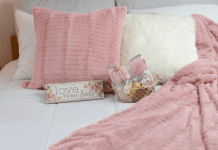 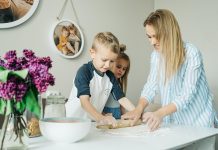 How To Find Easy Restaurant Recipes at Home 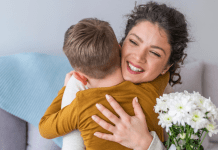 The Importance of Mother’s Day and Connections