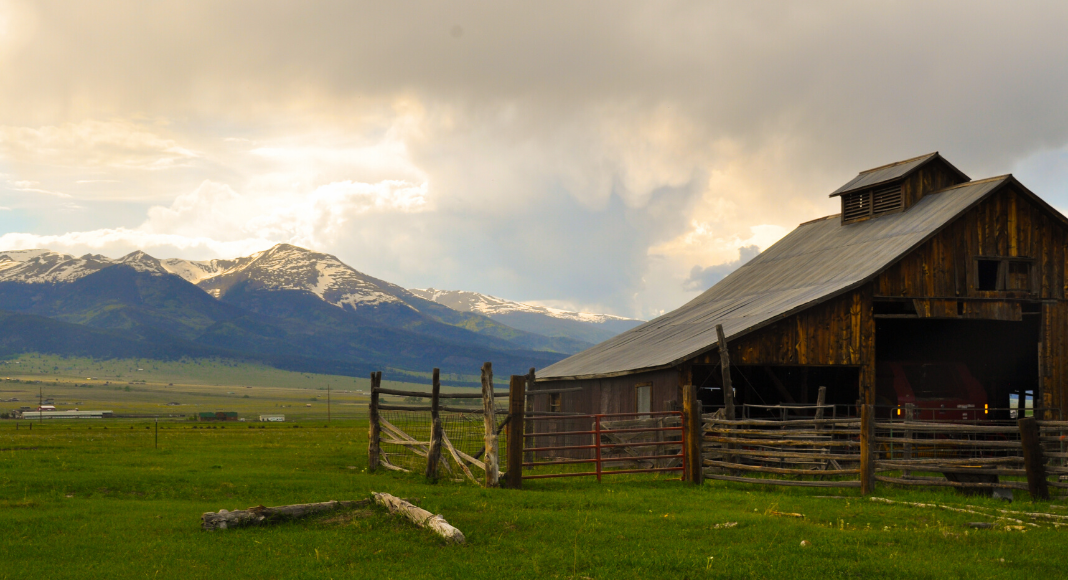 Calling all Coloradoans and trivia lovers, this one’s for you! Next time you have visitors in town, take your tour guide skills to the next level by sharing these fun facts. Here are seven things you didn’t know you needed to know about Colorado.

Colorado holds some of the most unique Guinness World Records such as the longest session of billiards ever played. Two men in 2013 set the record in Colorado Springs when they played 100 straight hours, which is more than four days!

Also, the oldest pilot ever was a resident of Longmont. Cole Kugaell was born in 1902, which was one year before the Wright Brother’s took flight. Amazingly, Kugaell few for the last time at the age of 105.

Colorado is home to one of the world’s most famous dinosaur fossil locations. Dinosaur Ridge near Morrison is home to some of the most important stegosaurus discoveries ever made. In 1877, Jurassic dinosaur bones and footprints were discovered that you can now explore on your own.

In 1893, Colorado became the first state to enact women suffrage by popular referendum. Susan B. Anthony and the “unsinkable” Molly Brown were two of the most prominent woman who campaigned for the right to vote.

Speaking of politics, our state capitol has a reddish hue which comes from red marble called “beluah red”. It took six years from 1894-1900 to cut, polish, and install the marble. They used all the beulah red marble in the world, which means it can never be replaced.

6. Was Your Favorite Treat Discovered in Colorado?

Let’s talk food! In 1935, at the Humpty Dumpty Barrel restaurant in Denver, the owner Louis E. Ballast supposedly created the cheeseburger. A few other states have made this claim, however, Ballast claimed legal rights when he registered his cheeseburger trademark.

Jolly Ranchers were created in Golden, Colorado in 1949. Bill and Dorothy Harmsen started the company together and they named the company “Jolly Rancher” to advertise themselves as a hospitable western company.

Another beloved treat was created in Colorado, the root beer float. It was imagined and made by Frank J. Winner in 1893. He was inspired by the snowy peaks on Colorado’s Cow Mountain. He thought the beautiful mountain looked like ice cream floating in soda and the next day he combined ice cream and root beer and called it the “Black Cow,” which we now know as the root beer float.

7. The Mountains are Calling

The mountainous area of Colorado is six times the size of Switzerland! It contains 9,600 miles of fishing streams, 2,850 lakes, and over 1,000 peaks that are at least two miles high. In addition, the U.S has a total of 91 “fourteeners” and 53 of them are in Colorado!

As Katharine Lee Bates wrote in July 1893 inspired by the view of Colorado Springs on top of Pikes Peak, “O beautiful for spacious skies, For amber waves of grain, For purple mountain majesties, Above the fruited plain!”

There is so much beauty and adventure in Colorado. We are so fortunate to live here.

Do you have a favorite fun fact about Colorado? Share in the comments! 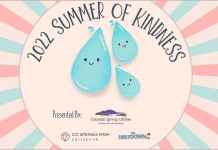 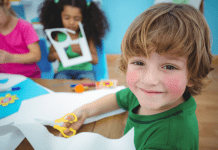 Guide to VBS in Colorado Springs 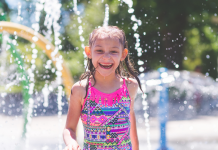 Guide to Splash Pads, Pools and Lakes in Colorado Springs