The evening out was filled with shopping from great local vendors, citrus wine from Evergood Elixirs and desserts served out of The Trough Mobile Bar. After about an hour and a half of shopping, all the ladies made their way to the show! Leeann & Michelle took the stage and made everyone laugh for a solid hour!

The Venue :: The Colorado Springs School

The Colorado Springs School graciously opened their doors on a Saturday evening and hosted all the beautiful moms in attendance. The Louisa Performing Arts Center was home to our night of fun and laughter!

We are extremely thankful to our sponsors, as it is their generosity and support that allows our events to take place!

At Sparkles & Lace we want to empower women to look good, feel good and take on her day with confidence!

ABOUT THE COMEDIANS, LEANN & MICHELLE

Leeann & Michelle’s passion is to create great comedy in many mediums; parodies, sketch humor and live, improv comedy shows. Their videos have attracted millions of views on Facebook, and have received national attention from USA Today, The New York Times, TODAY and Southern Living. With backgrounds in commercial acting, television news and comedy – this duo is a firehouse combination. Leeann & Michelle have provided video talent for the USA Today network, appeared numerous times on local media, sell out their improv shows, and have even earned the adoration of the one and only, Joanna Gaines. Between shoots, you can find Leeann & Michelle sweating it out in Phoenix, Arizona. Leeann is likely cleaning and organizing her home (again), while Michelle is avoiding laundry.

VIP TICKET HOLDERS received a VIP Swag Bag filled with goodies from local vendors & national sponsors, front-row seats for the show, and an after-show MEET & GREET with Leeann & Michelle (a chance for more laughs, a chance to say hello and snap some photos).

Thank you for joining us. We look forward to seeing you at our next Colorado Springs Moms Blog events!

SAVE THE DATE:: The Colorado Springs Moms Blog is excited to announce our 2nd Annual Cookies with Santa event, sponsored by Rocky Mountain PBS!

Be sure to join our Facebook Event HERE to get all the details on our Cookies with Santa event.

This is a private, intimate event. We will have THREE time slots to choose from:

MARK YOUR CALENDARS: Tickets go on sale on Saturday, November 10 at 9 AM 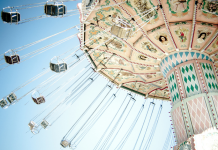 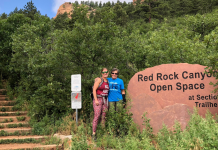 Colorado Springs: The Top 5 Hikes to do with Visitors