During the week, some of my time is spent nurturing and caring for children who belong to others. The rest of my time, and the best of my time, is when I am at home with my son and my husband. Though my husband and I are homebodies, our son pushes us to be more adventurous. He sees the world through another lens where chairs are for mountain climbing and light switches control the world. He is good for the heart and is changing the very way we do life.

I have had two pregnancies, and am currently in my third. Though I lost my first pregnancy, I wake up every day to the pleasant demands and giggles of my 15 month old little man. I am about 20 weeks along now with my third child.

There are a few aspects to my miscarriage that stand out as being very difficult. I remember being so very ignorant to the “darker” side of pregnancy – not really ever thinking anything could ever go wrong. The shock that set in, and the subsequent grief I had took me by surprise, and took a while to heal from.

In addition, I felt completely mishandled by my doctor throughout the process. Not only did he not inform me as to what to expect while miscarrying but was entirely hands off and unemotional while delivering the news, and later performing an emergency D&C. Though I did not expect him to cry or grieve with us, I did expect to feel supportive and valued. That was not the case. Later, at the ER, the Ultrasound Technician and I had a conversation that has been forever burned into my memory – that as I sat miscarrying, she used medical semantics and language that, perhaps in an attempt to distant herself from the situation and her own emotions, made me to feel as if the baby that had been growing within me was nothing. While trying to survive in my own tumultuous emotions, I needed an anchor that seemed as if it could not be provided by certain hospital staff. For me, this was the most difficult. I can not mention my miscarriage without mentioning my faith- that the number one help to me during this time was the overwhelming peace and security I felt in the Lord- that there is something greater than me and my circumstance- that was and is my foundation for healing.

After God, help came in the form of an understanding husband, who though he grieved differently, respected my need to process in my own way, and in a longer time period. It was also as if my community of friends and family enveloped me as well. At first, what had been hard was that I had shared our big news with so many- but that became the biggest blessing as people dropped off cards, flowers, and other tokens of care. Words aren’t so necessary in grief as much as an acknowledgment of the grief itself. My friend and family got that.

Becoming pregnant after a miscarriage is full of both excitement and fear. For me, I counted down to the days and weeks that had been impactful for my first- feeling more hope as each remembered appointment was set and accomplished. There would be large sighs of relief and a chunk of fear would wash away. There was a bit more paranoia, as well, in following all the rules and not sharing the news until much later than usual. It seemed like I held back a little in the beginning – and as I began to trust the health of the baby, I could allow myself to become more engaged.

As I said before, I think the best way someone can offer support is to acknowledge that there was a loss and it was meaningful- that could be with words or gifts or simply being present. It is important though to watch your language, in that a simple “I am so sorry” is so much better than comparative grief such as, “well, at least you haven’t had four miscarriages like me…” or offering solution-focused help like, “at the very least, you can try again.” Grief can’t be fixed, it must be healed- and that takes time.

Feel your grief, allow yourself to heal, and then always, always remember to hope.

Community sustained me when I couldn’t keep going myself. Surround yourself with those that love you in both the victories and the triumphs- who aren’t looking to fix you. For me, I gauge the genuineness of my community by how vulnerable I can be. I feel so blessed that during a time in my life when my heart was living outside of me, I was not shunned or told to stuff it back in. If this season revealed anything at all, it was who my true friends are. 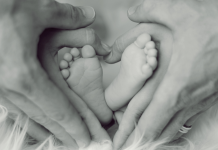 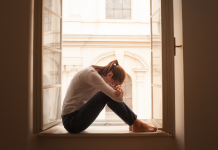