We are living in strange times: at some point, breastfeeding moved from a generally private act to an almost political statement. As if trying to feed your baby from your own body wasn’t difficult enough — now we have to balance the expectations of others with the how, where, and why.

So it may be helpful to have a sense of humor about the whole thing. Because no one really told me that breastfeeding can get downright hysterical, once you’re past the toe-curling, constant feeding of the first few weeks, that is.

Here’s what you may personally experience in that first year and beyond:

Once your baby has mastered their latch, you can discover the unbridled bliss of a side-lying nursing nap. Barely mentioned in the one breastfeeding class I took, the side-lying position was simply glorious. Baby ate, I could sleep (sort of… at least more than I had been at that groggy point of life). Baby unlatched, we both would sleep. I was thrilled with this arrangement until my husband compared me to a suckling sow. But I did it anyway, because you know. Sleep.

More Leaks Than A Political Campaign

No one warned me I’d be able to shoot milk across the room at all angles. My milk could fly. The heavy letdown was just that — a MAJOR LETDOWN. And for a while, your baby is this passive recipient, unable to unlatch safely without spewing milk everywhere. You’ve probably anticipated lots of laundry, but you may not have believed that you’d generate half of it yourself. From your boobs.

Find Your Own Metaphor

Breastfeeding is different for everyone, and thus the way they describe their milk coming in is different, too. One of my friends felt like she was being stabbed with pins and needles. For me, it felt like this scene when the aliens arrive in Independence Day. My milk was this huge unstoppable force, and there would be no peace until the baby was fed.

But the fun doesn’t stop there.

Your child is growing and changing, developing a personality. This leads to any number of strange experiences:

You love that your baby is starting to interact and smile at you. You just wish they didn’t do it with a mouth full of milk, which quickly dribbles down your shirt and bra.

At four months, my son started to chuckle softly when I unlatched my nursing bra. What should have been endearing was unquestionably creepy to me.

If your child falls asleep while nursing, they may unlatch with unrivaled flair, flinging their arms back as if to say, “Top that, suckas!”

Your little baby’s fingers will find your flab, I promise. It may be your chin or the back of your arm, but they will pinch it.

The back-and-forth of whether or not they’re done may drive you insane. It always reminded me of this scene from Walk The Line.

This is the only way I could describe the way my son would come up for air sometimes. He was a little man on a mission.

At some point, your child will discover his hands. And move them about and flail them around. I felt like I was nursing an ASL interpreter attempting to keep up with a fast talker.

I never could learn how to blow my nose or sneeze quietly. So when I rudely disturbed my dear sweet child by sneezing without warning (because really, how do you warn a baby that a sneeze is coming?) the startle reflex was real. And so was the death look he could give me at 5 months old.

I am in the process of weaning my 21-month old son, something I assumed I’d never have to do because no one in my family nursed past a year. But my son, the overachiever that he is, won’t quit. There’s nothing more awkward than a toddler trying to rip your shirt off in front of other people.

How about you? What funny things did you discover in your nursing journey? 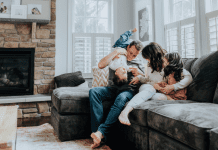 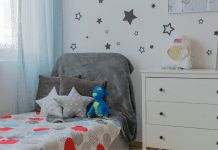 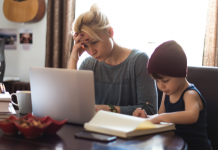