As a mother, wife, career woman, do we still need a best friend? So much weight has always been attached to those two words. But many times it comes with something not heavy or deep at all but instead shallow and hallow. As a grown woman, I have lost “best friends” and gained some too,.

I’ve seen relationships ruined over women becoming jealous of one another’s position in the invisible hierarchy of friendship. We don’t have the excuse of being young and immature. We are mothers and wives now, so what’s so important about that title?

As far back as I can remember, I’ve always attached myself to someone and labeled them my best friend. It was always a sense of security. Always knowing if all else fails, I’ve got that one person in my corner and I won’t look or feel all alone.

My First Best Friend: My Mom

First, of course, as a young toddler, my mother was my best friend. She was my everything and all I needed was that security that at least I had her. Wherever she went I wanted to go, if I wasn’t with her, I was lost.

But as I got a bit older and in elementary school, I did what many of us do growing up: latch on to a sibling. For me, it was my older brother. I thought for sure he was my best friend and protector. At one point, I fully believed and wouldn’t have told anyone that he and I were the same age (although we were actually two years apart). He did things for me that only best friends would do, he sacrificed.

I clearly remember one Saturday morning, my mom dropped my brother and me off at the baseball field. We were both on the same little league team and I was the only girl and the youngest player. Classic younger sister syndrome.

I remember my favorite part of playing on that team, was when our coach would give  us a big handful of shoestring bubblegum right before we went out to the field. It was delicious! I remember trying to blow the biggest bubble with that gum. But instead of a bubble, the whole wad catapulted through the air and landed in the freshly graded dirt.

At that tender age, I was heartbroken.

My brother had seen what happened and knew immediately I was about to lose it and ultimately embarrass the both of us. So he ran over, discreetly took out the wad of gum in his mouth and gave it to me. I looked at what he was doing, didn’t think twice, and plopped that gum right in my mouth. My teary eyes dried up and I skipped out to left field without a care in the world and knowing for a fact my big brother was my best friend. Sacrifice.

I got older and although my brother was always my protector, it was clear we were not “best friends.”

I went through my adolescent years and it seemed to be a different best friend every year. It was always a big production. Passed notes promising to always be there for each other. Necklaces or bracelets exchanged that contained “best” on one necklace and “friend” on the other. But things would happen—secrets exposed, friends betrayed, boyfriends stolen and trust lost.

Or simply put, someone cooler and more popular came along.

Summer would come and go (and thanks to my obsession with the Anne of Green Gables movie), the search for that dear kindred spirit would continue. Through high school, college, and careers I still yearned for that label for myself and to give that label to someone else. I rarely lost friends, but through time, life experiences and distance, my closest friend would always change, one would “take a backseat” as the other road “shotgun.”

This continued through adulthood as life took different turns and moved me different places. Of course, as many of us do, we at some point switch over to our search for our soulmate, our husband, who of course (because the movies say so) must be our BFF, emphasis on the last ‘F.’ Thankfully, I did find my forever best friend in my husband. But I still wondered, why was it so important to have that one best platonic friend? That one friend for life!

Why Does It Matter?

Then I realized, life is hard and no one wants to walk it alone. I want to know that someone out there in this crazy, brutal world, has my back no matter what.

There are those rare people out there that have that “person,” that one platonic relationship that is consistent and steadfast and has stood the test of time. I sometimes am jealous of those people. And as I enter into this phase of life of marriage and motherhood, it’s the romantic thing to say that my husband is my  best friend and then also make my children my best friends.

But there has to be a point where I say, “friends are important, and you are blessed with MANY, but is the label all that important?” When is it that we as women realize that friendships aren’t about competition to see who gets the coveted position and title?

I’ve seen many friendships ruined because of the jealousy of that title. I think it would all do us some good and take a lot of pressure off all of us if we agree that we don’t need a “best friend” to make it in this world, but that support and loyalty in a friend, any friend, through all of life’s changes makes life that much better.

Make sure you never miss out on parenting or community-related information: sign up to receive COSMB posts in your inbox.  Our weekly newsletter will ensure you’re one of the first to know about upcoming Colorado Springs Moms Blog events and promotions!! 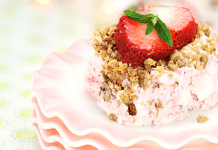 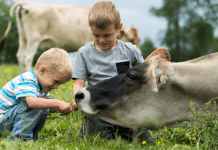 Kids Morning Out: Soaking Up the Sun