There are so many moms doing incredible things right here in Colorado Springs, making a difference in a variety of ways.  Because we’re passionate about the moms in our city, we want to do all we can to both celebrate and champion them. Welcome to our new series; I Am a Colorado Springs Mom,  where we will regularly feature some of our area’s most inspiring mothers.

To kick-off this new series, we’d like you to meet Laura Hoffman- Co-Founder of Brighton Their World.

Laura, and her husband Tymm, first moved to Colorado Springs in 2014 after Tymm got a job at Compassion International. Together, they’re raising their four children, all of whom are from Ethiopia. They spend their time engrossed in their non-profit, school, sports, working out, enjoying the outdoors, drinking coffee and chasing after whatever God is calling them to. The story behind Brighton Their World comes from one of Laura and Tymm’s most heartbreaking experiences; one that has changed everything for them.

Laura and Tymm had been married for several years when they decided to grow their family. After a hard road of infertility, their hearts and eyes were opened to adoption. They decided on Ethiopia. In 2007, after much paperwork and waiting, they were matched with their precious son, Brighton. He was just a couple of weeks old and they were beyond thrilled about having a son. They were literally counting down the days until they could be cleared to bring him home. They were planning his baby shower, decorating his room  — they were about to have a baby! But in December 2007, Brighton became extremely ill and spent 9 days in the hospital. He was released back to his orphanage but was still very sick.

In January 2008, Brighton passed away.

It was clear that if  Brighton had had better nutrition, he most likely would have developed a much stronger immune system and been able to battle diarrhea, pneumonia and the other sicknesses he had. They were crushed.

Several days later, they were matched with their daughter, who’s Ethiopian name is Meron, meaning “gift from God.” They knew from the second they saw her she was surely a gift. After bringing Meron home in June 2008, they had the feeling that there was something more they were supposed to do.

For them, the 76 days that Brighton lived meant something.

For two years Laura and Tymm prayed, and then finally, in 2010 “Brighton Their World” was born. They started simply by recognizing that nutrition was an area in which they could help.

They started small. They ran formula and diaper drives and used traveling mission teams and adoptive families to carry supplies over. Since those small beginnings, they have sent and purchased over 500,000 bottles of formula to Ethiopia and have been able to take teams of people to serve the kids and staff there.

Until 2016, their focus had been mainly nutrition and basic necessities, but things began to change. When Laura and Tymm bravely asked, “What’s next?” Their dear Ethiopian friend, Nebiat said, “What about a school?”

Laura says that she was terrified. She wasn’t an educator. She didn’t know anything about running a school in another country. But Laura could not shake the feeling that though hard, this was an endeavor they had to say yes too.

And say yes, they did. In record time, the Brighton Academy of Excellence opened its doors to 200 1st – 4th grade students on September 30th, 2016. The academy is not only providing an education to these kids, but they are being provided uniforms, school supplies, backpacks, two meals a day, clean water for their entire family, and tutoring.

How has your work impacted your children?

Our kids know they will be the ones running Brighton Their World when we are old! Honestly, they love it. They are in tune with the day to day operations of what we do and they have a deep deep love for the people and country of Ethiopia. They have even gone back to Ethiopia, not only to see their birth country, but to serve their people as well. Currently, they are saving their pennies to go back. They are DYING to see Brighton Academy in person!

How do you hope your life influences and/or inspires other women?

I hope that people see the heartache that Tymm and I experienced in losing our baby, but right alongside that they see that God turned something so dark and painful for us into something so beautiful. I always say, “76 days changed everything.” Our stories may not look like what we think they should, but that doesn’t mean they are any less meaningful or powerful. I encourage women to share their story…you never know who needs to hear it.

What’s been your greatest joy of motherhood?

Being able to watch my kids come from hard places. And, even though I may not always get it right- seeing them thrive as individuals and overcome so much. Also, who doesn’t love to hear their kids call them “mommy!”

What are some of motherhood’s current challenges for you?

Keeping up with the dishes, laundry dog hair and KID hair!

As a mom, how do you find balance?

That is hard. I am intentional in making time for myself most days by working out or running. I know that I need that to be a better mom. I also take time to really play with my kids. Our newest favorite thing is to take a board game to Starbucks and play together!

On social media, everything always looks so pretty – let’s be honest – what are some epic messes that you’ve had to clean up?

How can we support Brighton Their World RIGHT NOW?

We hope to have 100 more students come to Brighton Academy in the fall. That means we will need 100 more sponsors for students. Our sponsorship program ranges from $12 – $28 per month. We also are hoping to expand all the way to 12th grade, but in order to do that, we need to purchase land. That is our next big dream.

Brighton Their World exists to love the people of Ethiopia. All donations go directly toward providing food, water, education and other basic necessities for those in need.

We believe it just takes a little to change a lot!

Date Night? It doesn’t happen very often, but when it does, I love Shuga’s downtown.

To Eat? Coffee…really, what else is there?

Relaxation? Just hanging out with my family and sitting on the front porch watching my kids play.

Outdoors? Running a trail is one of my favorite things. It calms me down and seeing Pikes Peak in the distance doesn’t hurt either. 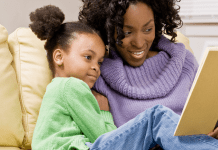 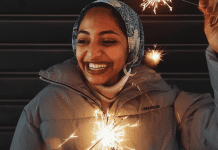 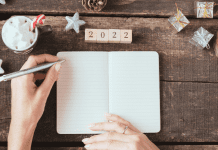