I’m a planner.  I plan pretty much everything in my life.  I’m talking from weekly meals, to school pickup schedules, to house cleaning, to grocery shopping, and everything in between.  It’s just who I am and how I work best… most of the time.

I say most of the time because the other day, my plan imploded.  Like crashing down on itself, nothing went right, blew up in my face – imploded.

See, I had the afternoon and evening planned down to the minute. It was going to busy, and I knew it.  The whole plan would start with afterschool pickup at 3pm and by 9:30 pm, (if all went right) I would have crossed everything off my list.  But the wheels starting falling off pretty quickly.

I forgot my son had his afterschool drum club, which landed me sitting in front of his school at the wrong time, shaking my head at this rookie mistake.  This little blunder got me to my daughter’s school early, but with not enough time to fit in an errand from further down the list.  So, I sat in the school pick-up line thinking of all time I was wasting.  By the time she was in the car, I had just enough time to run her home before heading back to my son’s school for after club pickup.  All this had put me nearly an hour behind schedule hitting the grocery store.

Did I mention that an ice storm was rolling in that night? I wasn’t sure how crazy the roads would be the following morning – which was when I would usually do my grocery shopping.  So, there I was, flying through the grocery aisles, trying to make up for lost time, but fighting a losing battle.

Of course, everyone else had the same idea – shop before the storm comes. It was wall-to-wall people.  And of course, when I went to check out, my scan-and-go app wasn’t working right and it took me three times to get out the door. I’m still not sure I paid for everything or maybe I paid for some things twice.

My kids started calling before I even got out of the grocery store parking lot, asking where I was and didn’t I remember there was wrestling practice tonight and my son HAD to weigh in for his tournament that was over the weekend?  Of course, I knew!  I have a constant running calendar in my head of at least the next five events – including times, locations, and all pertinent details.

My frustration was rising as I drove home.  It was already 6pm and I was supposed to be on my way to wrestling practice. But, at this point, I hadn’t even unloaded the groceries from my car or fed my kids dinner.  My family must have heard the utter desperation in my voice on the phone and were waiting in the driveway when I pulled in to help.  We ran the groceries in and threw everything cold into the refrigerator and freezer.

We hopped back in the car and sped off to the gym.  I dropped my son off for wrestling and headed to drop off my daughter at her volleyball practice.  The crazy back and forth continued until nearly 9:30pm.

I tell you this story, because later that night, when I finally sat down on my couch, I realized that somehow the night had come together.  Somehow everything on the list was done.  Yet, I wasn’t even able to enjoy the relaxation because I was still upset about the schedule that had been broken.  I was still caught up in the fact that everything didn’t go as planned.  I was still mad that the wheels fell off.

Why was I so wound up?

This sounds crazy, I know!  Even as I write it, I’m embarrassed to say it’s true.  I was angry.   As a working mom, I’m always trying to make sure everything is perfect and goes according to the plan.  When it doesn’t, I feel the mom guilt big time.  But life is unpredictable.  Kids are unpredictable.  Weather is unpredictable.  You can’t always live by “the plan.”

You can’t always live by the plan – and that’s okay!

So maybe there’s a busy parent out there that needs to hear this – or maybe it’s just me.  It’s okay! The plan fell off the rails and that’s okay.  Everything on the list didn’t get done and that’s okay.  Our kids need to see us struggle sometimes.  They need to see how we adapt when life gets tough (or busy) so they too can learn how to deal with life’s unpredictability.  That’s how we build resilience.

So, next time life happens, and your plan falls off the rails – Don’t get angry.  Don’t go straight to blaming yourself.  Stop, take a breath, and do what you can do.  Tomorrow will be a new day and I guarantee that you and I already have a plan for it.  Life happens.  It’s really how we handle it that matters. 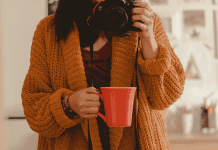 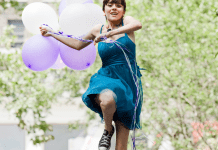 To My Daughter on Your 16th Birthday