It feels like only yesterday I was approaching the third trimester with my firstborn. I have a clear memory of staring at our kitchen calendar and realizing my baby shower was around the corner. We had yet to put a registry together. Admittedly, I’d put off the task thinking, “I’m a pediatrician, it won’t take long.”

Finally, I made my way to the massive baby store. While I’d intended to carefully add essential items to our list, something else happened. Instead, I found myself shocked by all of the not-so-safe baby items filling shelves to the brim. Overwhelmed, I walked right out.

Now, I knew these items existed. And I spend a lot of my workday discussing safe baby products. But seeing it all in front of me was mind blowing. I realized I needed to do more to drive home the message with expecting parents.

I went straight to my desk and completed an entirely different list.

Registry Items Your Pediatrician Wants You to Avoid.

Unfortunately, the list is not short. So, we will break it up. To begin, I share with you the sleep-related items. It’s deserving of being looked at alone and considered closely.

So here you have it.

Let me start by saying, it’s completely understandable for any expecting parent to want to set themselves up for the least amount of sleep deprivation as possible.  I totally get that. Sleep deprivation stinks.

So, it’s not surprising that items marketed as magical sleep helpers are popular on registries.

The American Academy of Pediatrics (AAP) advises that all infants are placed upon firm, flat, stable surfaces on their backs. To lower the risk of SIDS and other sleep-related infant deaths, think stark.

Just baby in the crib, swaddled alone on their back on a tight sheet.

Avoid the fluff, including the following.

Back in the day, crib bumpers were created with the intention of providing padding along widely spaced crib slats. Ironically, extensive evidence has gone on to prove that crib bumpers are actually risky, with no evidence of increasing sleep safety. They have been linked to infant deaths secondary to strangulation, suffocation and entrapment.

Yes, yes, they may make for cute nursery décor, but bumpers gotta go.

According to the U.S. Consumer Product Safety Commission, infant sleep items which incline greater than 10 degrees are not safe for use. Many inclined products place babies at a 30-degree angle. This can alter the infant’s chin position with relation to the chest, increasing the risk for a restricted airway. Furthermore, the upright angle puts babies at risk for injuries related to falling and/or rolling out.

Lastly (for now!), sleep positioners. Sleep positioners market the ability to keep infants in a specific position while asleep. They’re usually made up of a mat or wedge with built-in side bolsters.

Unfortunately, these products put babies at risk for suffocation. Even when placed into positioners on their backs, infants have been found in hazardous positions with their faces pressed along the padding.

Thankfully, in June 2021 the U.S. Consumer Product Safety Commission approved federal safety standards for infant sleep products. By the end of 2022, these federally approved standards will hopefully remove the above products from store shelves.

However, we must stay mindful. Given these products will likely make their rounds through hand-me-down chains, continued awareness is imperative.

So, join me in cheering the AAP’s infant sleep ABCs, Alone on the Back in a bare Crib, hooray! 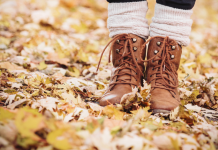 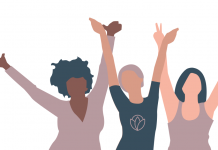