You are about to be a parent. You probably feel excited and maybe a little anxious.

You are getting as prepared as possible. You are eating right and staying away from foods that could be harmful to your baby. You are planning the nursery and shopping for things like bedding and an infant car seat.

You know once that baby is born, you can’t drive anywhere without safely buckling in your baby into the car seat. And, of course, you will because you want to protect your baby no matter what. But what about now, are you keeping your baby safe in the car during your pregnancy?

Auto accidents are the single largest cause of death for pregnant women, according to the National Highway Traffic Safety Administration. Even when you think you are doing everything right, there is still a risk. Some of that risk, ironically, comes from the seat belt itself (NHTSA).

Did you know that the fetus of a pregnant woman has been shown to be at five times the risk of a 0 to 1-year-old infant in the same car using standard, mandated restraint systems? (Evans, Redelmeier, 2015) “This ratio likely underestimates the disparity because the risk of crashing is increased during pregnancy, and we have ignored the many cases in which the mother survives but the fetus does not,” the study concludes.

While you are required by law to protect your infant, buckling her into properly installed a rear-facing child restraint, are you required by love to protect the baby in your womb?

What is the risk?

A range of studies estimates an average of 3,000 pregnancies are lost every year due to a car crash. In comparison, that is 80 times more than the highly publicized hot car deaths (an average of 38 a year) and about 4.5 times the number of children from birth to 12 who die in car crashes every year (an average of 663 a year).

The anatomy of women driving while pregnant poses a unique challenge to restraint designers because of close proximity to the steering wheel and airbag module and difficulty of positioning the lap belt, said Kathleen Klinich, a researcher at the University of Michigan. Sometimes pregnant women find the seat belt so uncomfortable, they choose not to use it.

The risk of adverse fetal injuries, such as placental abruption, uterine rupture, direct fetal injury, maternal death or fetal loss, in a low speed 16 MPH frontal crash at 28 weeks gestation is 26% for belted drivers and 70% for unbelted drivers.

What is the Design Problem with the Seat Belt? The  seat belt is designed to engage the pelvic bones to restrain the occupant in the seat. The idea is to keep that person from going forward and potentially hitting the steering wheel or worse. There is about 2.5” between the pelvic bones and the spine. That leaves very little space for a pregnancy to be compressed into while the seat belt locks and engages the pelvic bone.

According to former Director of the Office of Crashworthiness at National Highway Traffic Safety Administration (NHTSA) James Hofferberth, the pregnancy rests in the lower pelvic area and no matter how low you can get the seat belt on your lap it is impossible to get it below the pregnancy as suggested by NHTSA as the optimal position.

It was known some 50 years ago that seat belts were not an optimal design for keeping pregnant women and their babies safe, said Hofferberth, But the design worked for most of the rest of the population and at that time pregnant women just weren’t in the car that much.

However, the total annual miles driven by women of reproductive age increased 275% from 1969 to 1990. This represents a major increase in fetal exposure to crash risks. The number has likely increased since then.

Although pregnant women’s exposure to motor vehicle crashes has increased, the public health message has lagged behind. Professor Harold (Hank) Weiss, of the University of Otago in New Zealand, has been studying the risks posed to pregnant women and fetuses by motor vehicle trauma for more than 20 years. He doesn’t anticipate that we’ll be seeing warning labels about driving while pregnant on cars anytime soon.

“It’s more effective if it comes from a health care provider,” Weiss said told the CityLab in 2013. “It should involve clinicians and direct counseling. It should be on the list of things that women are told to think about.”

But it’s not. Obstetricians have a lot to cover during a pregnancy and often they have been told seat belts are effective at protecting pregnant women if the women follow NHTSA’s recommendations for seat belt positioning during pregnancy.

And it is effective. Using a seat belt during pregnancy is three times safer than not using one. But accounting for all the pregnancies still being lost, just using the seat belt is not effective enough. And when the seatbelt is so uncomfortable across the low belly that pregnant women don’t even wear it, it’s not effective at all.

A Better Way for Those Driving While Pregnant? It’s unlikely you can stay home from now until you are rushed to the hospital. A few tips to staying safer in the car when you are driving while pregnant and protect that little one growing in your belly include:

“We were in a car accident three days before I delivered my baby girl. We weren’t seriously injured, but she was born with a black eye and bruised face from the seat belt. This [Tummy Shield] would’ve prevented that,” said Brandy Perry Pruitt, a new mother in Louisiana.

Amie Durocher has been a certified Child Passenger Safety Technician since 2004. Previously a journalist, she is now Creative Director at Safe Ride 4 Kids. This company offers up-to-date car safety information and innovative products, like the pregnancy seat belt adjuster called Tummy Shield, to help parents keep their precious little ones safe. You can download a Safer Driving During Pregnancy guide here with more statistics, studies and safe driving tips. 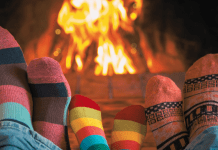 How To Recover from the Holidays

The First Year in Snapshots: Connecting to Confidence 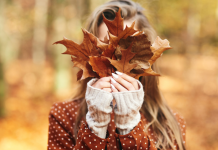 How to Beat the Fall Slump