My son often gets in a mood where he loves to hear and tell jokes. A month or so ago, someone gave him a joke book, and I’m pretty sure he has read us every single joke in the book. He also likes to make up jokes. But up until recently, his jokes were a bit of a stretch… and when I say a bit, I mean they totally did not make any sense at all. He would just put random words together in a knock-knock joke and think he was just the most hilarious guy…

*Cue laughter, while my husband and I give each other confused looks*

Word play has never been a strong suit for our very literal kid. 😉 We have had to explain, re-explain, and over-explain jokes to him, explain what puns are, and how things are funny because you use different words. Most jokes are wayyy over his head, but now he’s got a repertoire of about four jokes that he tells. He’s gotten a good bit better with his jokes, and often wants to go back and forth with us. So I have learned to be prepared with a good joke or two!

Here’s a list of kid-approved jokes (most of which you don’t hear all that often) that your little ones will love! (They might even tickle your funny bone!)

1. What do pirates pay for corn? A buck an ear!

3. Why are fish so smart? Because they live in schools!

4. Why is Cinderella bad at soccer? Because she’s always running away from the ball!

5. What animal can you always find at a baseball game? A bat!

6. What does the ocean do when it sees a friend? It waves!

7. What kind of key opens a banana? A monkey!

9. What do you call a bear with no teeth? A gummy bear!

10. Why do so many fish live in salt water? Because pepper water would make them sneeze!

12. What do you call a sleeping dinosaur? A dino-snore!

13. Why did Mickey Mouse decide to become an astronaut? He wanted to see Pluto!

14. What kind of dog is great at telling time? A watch dog!

15. What do you call a sleeping bull? A bulldozer!

16. What do you call a boomerang that won’t come back? A stick!
17. Why did the teddy bear not want dessert? Because he was stuffed!
18. Why do candles always go on top of cakes? Because it’s hard to light them on the bottom!
19. What do you call a cow that won’t give milk? A milk dud!
20. What sound do porcupines make when they kiss? Ouch!
21. What animal needs to wear a wig? A bald eagle!

22. Why do bees have sticky hair? Because they use honeycombs!

Got a funny joke? Tell us below!! 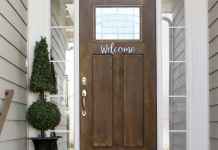 They’re BAAAACK: How to Handle Houseguests 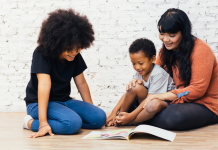 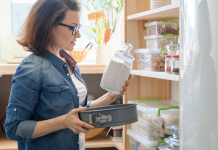