Ok, so potty training is a part of having children, mind you a part that I would rather leave to other people. If I could, I would have outsourced to someone imminently more qualified than myself.

I was under the uninformed opinion that potty training would be a breeze. I used cloth diapers and had been told that one of the benefits was early potty training, as most children do not like the feeling of being wet or poopy.

Not my children. They never seemed to care and would not tell us when they needed to be changed because they were too busy playing. I tried to potty train my oldest 3 times before he was ready.

First, I read some articles on potty training, consulted friends, and talked to family.  From all my research, I felt had a great arsenal of ideas. I tried everything. We did completely naked with a timer every 45 minutes, prizes for using the potty, etc. You name it, I tried it.

Each time, it went well for a day or two and then he was done. The more I tried to push and bribe, the more he peed on his chair right after sitting on the potty. Or he would poop behind the couch. I gave up. I was sure he was never going to be potty trained.

When he was almost three, everything changed. I was picking up my friend’s son from preschool and my oldest was in the car. I had not planned to place my son in preschool until he was four, so we had not yet discussed school. As soon as he found out there was a place to go to learn and play with other kids, my son wanted to start. I explained he could not start until he was three and that he had to be potty trained.

I thought that would be the end, but from that day he worked on being potty trained. He wanted to go to school in the fall and that was the deciding factor. He was now ready and was fully potty trained in three weeks with no more instances of pooping behind the couch.

My youngest, on the other hand, was not that excited to start school. I was excited for him to start school and did not want to wait another year. I had fantasies of being able to exercise in the morning with no littles critiquing me. But, he was not potty trained. He exhibited many of the signs that he was ready to potty train and with preschool looming (two months) we decided to start.

I again read tons of articles, consulted friends, and family.  We started with pull ups and set the timer set every 45 minutes. After three days, he hated it. He cried and screamed like I was killing him.

I went on the internet once more for help and found the Potty watch on Amazon. A watch that we could set the timer for anywhere from 15 minutes to 3 hours. It would play music and had flashing lights to encourage the child to go to the bathroom.

It helped immensely as he no longer fought me as I was not telling him to go—the watch was. He was now peeing on the toilet, but he would not poop. He would hold it all day and poop in his nighttime diaper or go behind the couch and poop in his pull up.

I went back to the internet for help and found a great article by a child psychologist, Claire Learner. She suggests giving your child the power of decision when potty training. Learner suggests that parents ask their child every morning if they want to wear underwear or a pull up. Then, you abide by your child’s decision with no comment pro or against.

Learner explains that at the age when we want to potty train our children, they are trying to become independent beings and control their own worlds. When we try to force our children, they tend to dig in their heels and fight potty training because they want to be in control of their bodies. Temperament plays a huge role. If you have a stubborn child, they are often less flexible. They can have a harder time with potty training if they are not ready.

Both of my children have mine and my husband’s stubbornness, so I decided to implement her suggestions. We stopped giving treats for peeing and instead would say “great listening to your body.” This made it about them and tying it to their accomplishment.

The difference was immediate. From the first day, he chose underwear rather than a pull up.  This made me wince as I remembered the pee and poop filled house from his brother. To my surprise, he did great. No more days of pooping behind the couch or waiting for the pull up. Refocusing so it was his choice and on his terms made all the difference.

My takeaway is that children are different. What works for one may not work for the other. Wait until the child starts exhibiting that he/she is ready.  Research, get many ideas to try and see what works for your child. I, as a parent, needed to be more flexible and find the right path for each of my children. But overall, remember that it will eventually happen. You will one day revel in the joy of no more diapers! 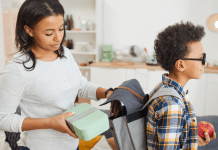 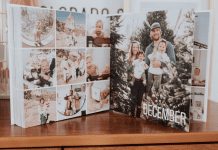 Why a Family Yearbook May Just Become a New Favorite Tradition 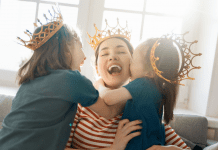 Ways to Surprise Your Kids