“Two roads diverged in a woods, and I – I took the one less traveled by, and that has made all the difference.” ~ Robert Frost

There’s nothing I love better than taking a cross-country road trip. Alone. I feel free. With the windows down and Abba’s “Dancing Queen” full volume up, I am the master of the pavement. I can stop whenever and wherever I choose, my immediate future unfolding with every mile marker.

Reality sets in when small voices from the backseat began chirping in a series of statements that imply action, “I’m hungry” (when do we stop), “I have to go the bathroom’” (when do we stop) and “I have a headache” (someone is about to throw-up).

Keep your eyes on the road and your hands to yourself

Twenty hours in the car with twin boys can be a grueling stretch of endurance for the one and only driver (me). But, after ten consecutive summers of driving cross-country, I have finally learned the secret to superhighway sanity: Take the road less traveled.

Sure, the interstates may be the fastest route to your destination, but they can be tedious, and so can the meal options. It’s a treat to eat at McDonald’s—one time. After that it’s just more of the same. I swear one trip I didn’t even see—none-the-less-eat anything green. Plus, the scenery on Interstate 70 through Kansas is like taking a moonwalk—nothing for miles.

So, a few years ago I began looking beyond the immediate landscape towards side roads that would take us through the heartland. Together with my mighty co-pilots, we discovered charming small towns, café’s and diners with an abundance of homemade pies and cinnamon rolls. One of my side jobs as an antique dealer requires scouting nostalgic valuables, so we frequently stop at roadside antique stores. To my surprise, my boys actually love discovering “old” (1970’s) telephones, “ancient” (1960’s) typewriters, and cameras (that take film!).

Here are some other favorite travel hacks and hints for your next cross-country trip:

Locate a Target or Costco alongside the interstate and take your kids in for a little out-of-the-car time. Have them select an item from the Target’s $1.00 bin or buy a slice of pizza or an ice cream from Costco. Cracker Barrel is also a great diversion, but don’t eat a stack of pancakes and expect to drive comfortably for the next hour or two.

If possible, pick a hotel/motel that is within walking distance to a restaurant that offers a beer or two. Or maybe a bottle of wine. I’m not promoting drinking on the job, but after eight hours of solo driving with children of any age, a cocktail sounds mighty fine. The Best Western in Hannibal, Missouri is the perfect combination of comfortable digs along the Mississippi River and a bar and diner across the street.

Take in a movie

More than once we have stayed at motels with adjacent movie theaters. The Super 8 Wyndham in Colby, Kansas has a first-run movie theater that you can see from your room. We spotted a few in southern Illinois, too.

Diverting a few miles off our route to try a local restaurant has never disappointed us. We’ve eaten burgers on the deck overlooking a small lake in Fairmont, Minnesota at the Channel Inn, just off Interstate 90. Last summer we dined on fried chicken at Al’s Chickenette in Hays, Kansas, and stopped in Wilson—the “Czech Capital of Kansas”—for homemade pastries and a breakfast bar, all to the tune of polka music played over the loud speaker in downtown. Google is your best friend for finding these gems.

I asked my boys if they would ever want to fly to Michigan. They shook their heads and replied, “Never. Driving there is such an adventure.” 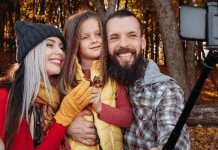 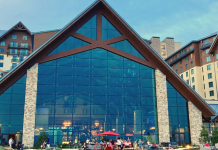 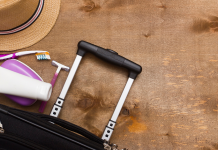 Tips from a Travel Snob: A Few of my Favorite Things